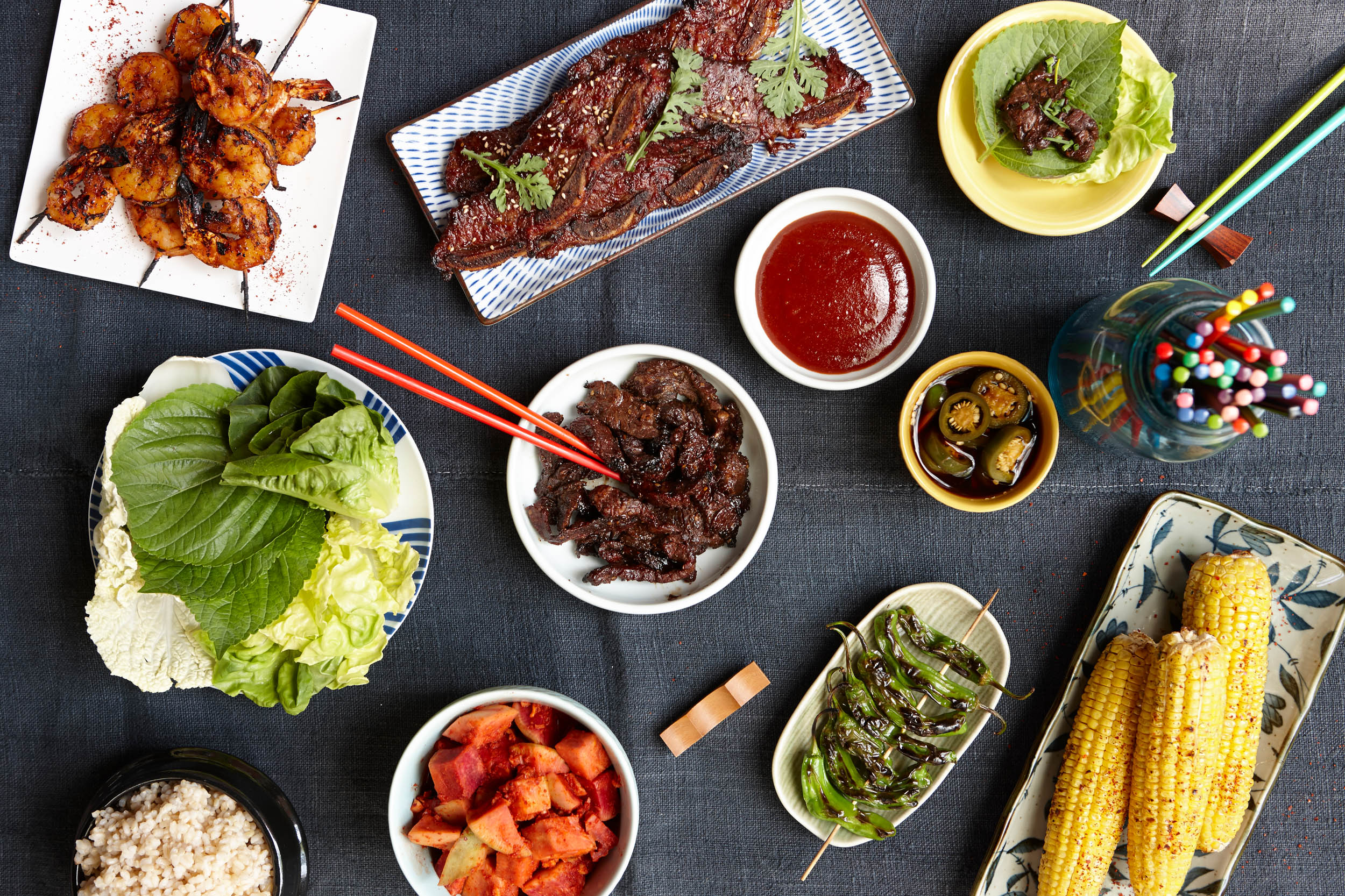 Pink cherry blossom petals scattered amongst the sidewalks always signal the beginning of a magical time of year in New York City. It’s no longer painful to walk around the city for an extended time suffering from windburn. It also won’t be long before you’re avoiding the hot subway tunnels at all costs. Carefully planning your route to make sure you’ll be coasting downhill on your bicycle during the hottest part of the day. Spring is the best time for a backyard BBQ or a backyard BBQ photoshoot.

One of my all-time favorite creative directors and good friends, Joey Rosa of Pollen Brands, approached me to work on a Korean BBQ sauce project.

The task was to put together an extensive library of food hero images and lifestyle images the Korean BBQ brand would use on their website and social media.

I always approach each job with a specific team in mind. For this project, the food stylist would be critical. We needed someone who could deliver the look and feel the client was going for while also juggling other obstacles that can arise with food shoots on location.

The food stylists we chose for this project were a husband and wife team that I worked with regularly. They had loads of experience with fast-paced productions. They also could think quickly on their feet and adapt if necessary. Their knowledge of food was just insane, and they worked well together. To say that these two were oozing with styling expertise and willingness to get it right would be an understatement. Mariann and Grady, my most sincere thank you for always being the best stylists I’ve ever worked alongside.

It just so happened that our food stylists Mariann and Grady had a fantastic large backyard at their place in East Harlem. Their location would allow us to shoot in the back while much of the food prep and styling was taking place upstairs in their kitchen.

Finally, I called some of my regular assistants Tom Hayes and Colin Sussingham, to hop on board. We had the dream team in place!

It’s hard to believe this was nearly six years ago. During this time, I made some lasting bonds with other creatives that will stick with me forever. It was a special day and highlighted one of the best aspects of my job. THE CREW!

My dear friend Grady, you will forever be missed. I know you’re up there smiling down and saying, “Lookin Mighty Fine Brent, Mighty Fine.”

I hope you enjoy this BTS video, and thank you, Joey Rosa, for putting this together!

Get Posts In Your Inbox